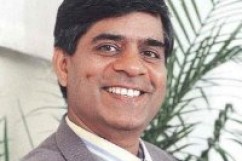 How to make your business fundable?

Procuring funds for your business idea is always a challenge. There are several issues that startups grapple with. I’ll address each of them separately.

The first question is what makes the business ‘fundable’. Broadly, I believe there are three important factors to make one’s business fundable.  The first and foremost is the constitution and belief of team- more precisely, the passion of the entrepreneurs themselves.  Next is the size of the opportunity. The business should be addressing bigger pain points (should not appear trivial or peripheral). Therefore, scalability of the business idea is very important. The third most important aspect is the USP of the entire business concept. The startup must have a differentiated offering, business model or strategy.

The next question that startups have is the timing. When to raise funds? There are mainly two schools of thoughts that are currently prevailing on how you should take up this challenge. The first option is to take funding at the earliest available opportunity. The other option is to bootstrap one’s business, make it grow to a certain level and then go for funding.

Both options have their pros and cons and there are success stories in both the models, albeit in different scenarios. If the business idea is one that requires a rapid ramp up, then early funding is what I shall suggest. However, if one can bootstrap the idea, make it grow, create a viable concept around it, get some early customers–then perhaps funding at a later stage is more advisable. In the first option you sacrifice valuation for time and vice versa for the second option.

Of course, it is also important to see what ‘funding wave’ is on. If Angels and VCs are looking at investing in certain areas and your project is in that area, sacrifice time and valuation for the opportunity.

The next logical and sequential question that might arise is who to approach? On this point, my recommendation would be to divide this approach into different bands – upto  Rs 50 lakhs, it is primarily the faith money (money that comes from those people who believe in you);  Rs 50 Lakhs-Rs 5 Crore (angel funds);  Rs 5 crores-Rs 20 Crores (early stage VCs).  By and large, these are the ranges of funding that work currently in India.

There is another notion prevalent that Angel Investors and Venture Capitalists look for technologically oriented companies. This is true to some extent because the scenario in contemporary society is such that technology is actually changing all traditional businesses. For example, if someone plans to start a taxi business, money may not be easily available because it is a traditional business. However, if the startup comes with technological transformation in the same business (like Ola), then it becomes a fundable business.

Traditional businesses are getting altered to the core due to technological interventions. Over the next 5-10 years, IoT will keep on further changing existing businesses. Such digitally transformed businesses will be more easily fundable.

As far as the social sector is concerned, the success is measured not only in terms of kind of returns but also in terms of the impact that one’s ventures will create. Several Angel Funds and Venture Capitalists have something called an impact fund. Such funds have a different measurement of success. It is not restricted to X times the investment, but on the number of lives it touches.

Entrepreneurship chiefly demands one aspect, i.e, commitment to the project and passion of the entrepreneur.

IIMC IP is the place where one can come and innovate and take his/her idea to the next stage. It is the platform where one can engage with the early stage Venture Capitals and Angel Investors,  go in for the  round of funding and subsequently go out in the market and scale up his/her  business.

I would like to end by saying, ‘If you have a dream and passion, go ahead and fulfil it because some of the great stories have emerged when markets were down.’

Entrepreneurship is after all about swimming against the current.